Rather than describing a perforating vein whose situation is not always as precise and as constant as that described by the author after whom it is named,. it is preferable to define groups of perforating veins (Figures 57 and 58). In general, only one structure of these groups of veins will become pathologically enlarged.

The essential groups of perforating veins are: 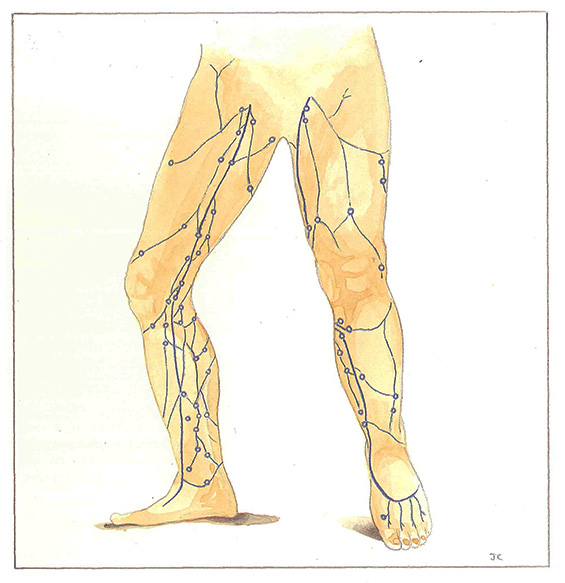 Dodd H., Cockett F.B. The pathology and surgery of the veins of the lower limb. Churchill Livingstone Ed., 2nd Edition, 1976.