After reaching the origin of the tendo calcaneus, the main short saphenous trunk travels between the two tendons of the gastrocnemius muscle. Initially suprafascial, it then penetrates underneath the fascia which is particularly dense at this level. Continuing its ascension in the “gastrocnemial groove,” it reaches the popliteal fossa.
(Figure 72).

The popliteal fossa is limited inferiorly by the lateral and medial bodies of the gastrocnemius muscle, superolaterally by the biceps femoris tendon, and superomedially by thesemitendinosus tendon. In the popliteal crease, the short saphenous vein often presents a palpable ampullary dilatation. It then runs moredeeply and describes an anterior concave arch before terminating in the popliteal vein at a variable level. 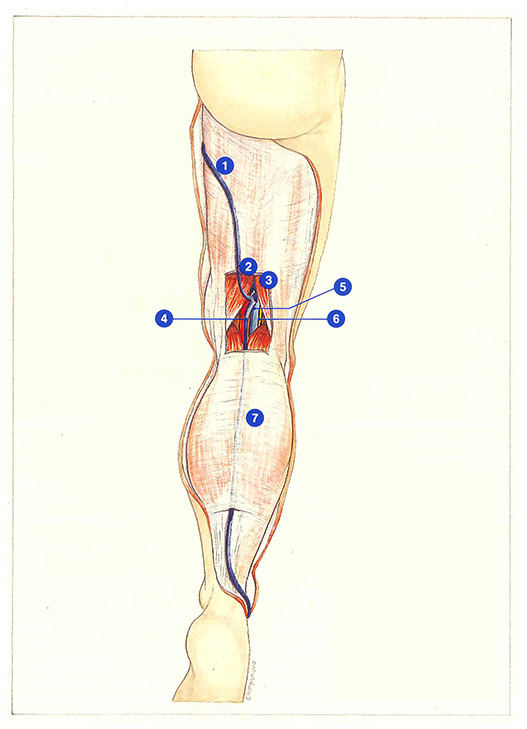