Ultrasonography only visualizes perforating veins greater than 2 mm in diameter. However, it is essential to remember that this possible increase in caliber does not necessarily indicate incompetence of the perforating vein.
As the ultrasonographic image is primarily dynamic, these vessels have a variable ultrasonographic appearance. The perforating vein is sometimes visualized over its entire course, plunging into a muscle or traveling along the edge of the muscle (Figure 46). More generally, it can be seen on several transverse sections during scanning of the transducer. 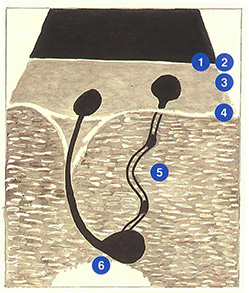 Perforating veins on ultrasonography (transverse section of the leg).

Perforating veins may have multiple branches. For example, a superficial vein is sometimes connected to two deep venous trunks (Figure 47). 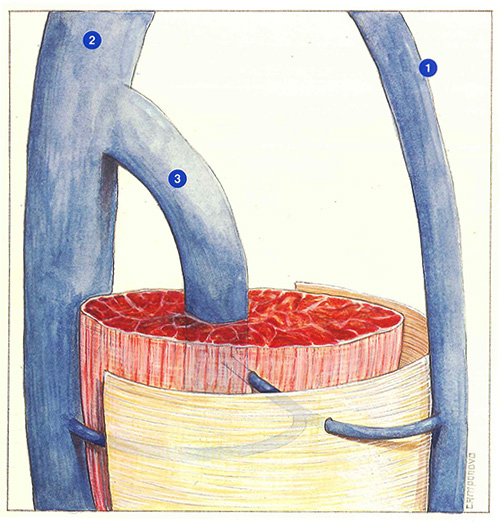 Inversely, a deep venous trunk can communicate with two superficial veins (Figure 48). Furthermore, longitudinal intramuscular anastomoses are sometimes established between the various perforating veins. The complexity of these connections easily accounts for the difficulties encountered in classical perforating vein surgery. 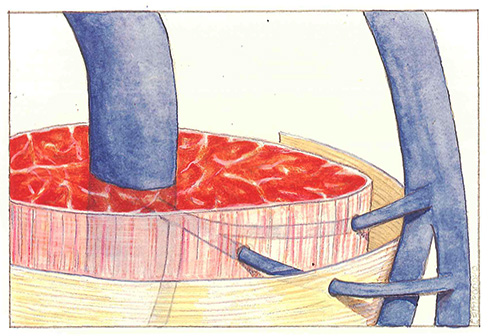